A Q&A Series with Real People 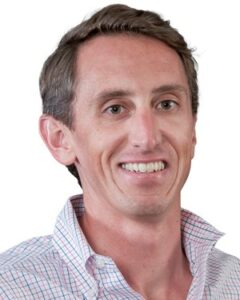 Dr. Ryan Pittsinger grew up in Manhattan Beach, California, participating mostly in individual sports (surfing, skateboarding and snowboarding) and always knowing he wanted to help other people – but didn’t connect the dots until later. He would go on to earn a bachelor’s degree in psychology (University of Utah), a master’s in sport psychology (California State University, Long Beach) and a PhD in counseling psychology (University of Iowa).

Dr. Pittsinger currently is the assistant athletic director and director of counseling and sport psychology services at Texas A&M University (a RealResponse partner university), where he has served in the athletics department since 2016. We reached out to Dr. Pittsinger to discuss the state of mental health in athletics and some of the unique challenges modern athletes face on college campuses across the country. This is Part 1 of that conversation, which has been edited for length and clarity:

We’re seeing more mental health issues among young people right now, both overall and in sports. Do you have a sense of what’s behind it?

I think there are probably all sorts of different things. Unpacking it, you can look at what’s been happening in our world the past couple years. It has been extremely chaotic. COVID basically shut the entire world down. We have this massive impact from social media. Our real social interactions are down. A lot of young people now aren’t well-versed in having face-to-face conversations. They haven’t received a lot of “training” or experience. Everything’s done through an app. If you ask a significant other out by DM, or by liking one of their photos, it’s not like going up to somebody in your class and asking to grab a coffee. And so I think that there’s a lot of isolation that is probably happening because of that.

Also, there are so many opinions flying around, and oftentimes they’re not very positive, right? There’s a lot of negative feedback given there. You see the impact of cyber bullying. In the past, that existed at school or in some sort of environment outside the home. So the home was kind of a safe spot. Now, there’s a possibility you can never escape, because at home you’re still with your phone or on the computer. I just think that’s really shifted how people interact.

People ask me all the time, “Do you think there are more mental health concerns now than 30 years ago?” I think what’s happening is that we’re talking about it a lot. Back then, it was “Hey, dust it off and move on. Man up and let’s go.” I think that created a lot of toxic masculinity and some other things that contributed to some mental health concerns. But now people are so much more willing to talk about it. This has always been happening. People have always experienced feelings – anxiety, fears of failure, feeling inferior. All that stuff is pretty normal. It’s just that we’re talking about it and illuminating so much more.

In sports, you’ve talked about “keyboard coaches.” Given the swirl of social media, the 24/7 news cycle, a hyper-awareness of athletes at younger and younger ages, are today’s athletes experiencing greater pressures and thus more mental health issues?

Probably greater pressures. There’s more of a microscope – and I think that’s probably across the board. But with athletes in particular, from the time they’re recruited, they’re on tape, on Hudl or through some sort of recruiting program. They’re posting almost everything that they’re doing on their own social media accounts. And whatever news people that are in their local communities, they’re trying to make their names off of that. Everything is out there – good stuff and not-so-good stuff.

And if we forget athletics for a second, the pressure to get into college is so much gnarlier, so much heavier today than it’s ever been. The way we think about things now, people talk about perfection – which we all know, at a very high level, doesn’t exist. But people still try to push that. You have to be happy. You have to get straight A’s and then you have to win every game or get a hit with every swing. You have to be the best. And oftentimes, if you’re really a good athlete, at a young age you’re extremely good in your little pond. But then once you wind up in college with your peers, maybe you’re not the best anymore. That has a massive impact not only on your sense of self but also your personal identity, how you operate in the world, how you behave with your parents.

Are there other pressures or mental health issues currently facing athletes that might surprise the average person or fan?

These people are humans before they’re ever athletes. They struggle with the exact same stuff that everybody struggles with, myself included. Whether that be fear of failure, fear of looking silly or fear of not being accepted, feeling anxious about going on a first date. They experience all those regular things. Maybe they have difficulty making friends or feel inadequate about their intellectual ability because they have a learning disability. But then you also have all the pressures they have as an athlete – pressure to succeed, oftentimes a massive fear of failure, of not meeting expectations or not being desired. So it’s either getting cut from a team or not getting a look for a pro contract the way your teammate did. And all of a sudden, because you have a season-ending injury or your priorities change. That whole dynamic also changes and that can have a pretty significant impact.

There are so many moving pieces that people don’t really think about. They sometimes forget that these athletes worked really, really hard to maintain and grow their abilities. And do they know that it also means sometimes getting 400 death threats? Twitter, right? Because they didn’t kick the game-winning field goal or, as an 18-year-old kid, they don’t complete the key pass. I just don’t think that that’s how it should be. I know I don’t worry about that when I come into my job – that wasn’t part of the job description. I don’t care how much money you have, I don’t care how self-confident you are. If you continually get bombarded by messages at your workplace that you should go kill yourself or that you’re terrible, and you can’t get away from it, it’s going to have an impact – there’s no way around it.